In a season that saw the Lutheran High Mustang Baseball Team more than double their win total from a year ago, eight student athletes were recently named to the TAPPS 2A District 5 All District Team. Dawson Dullnig, Luke Watson, and Bryce Connolly all earned 1st Team All District, while Jared Sherer, Luke Terry, and Phillip Williams were named to the 2nd Team. Sam Schimke and Zack Gentry were Honorable Mention performers. 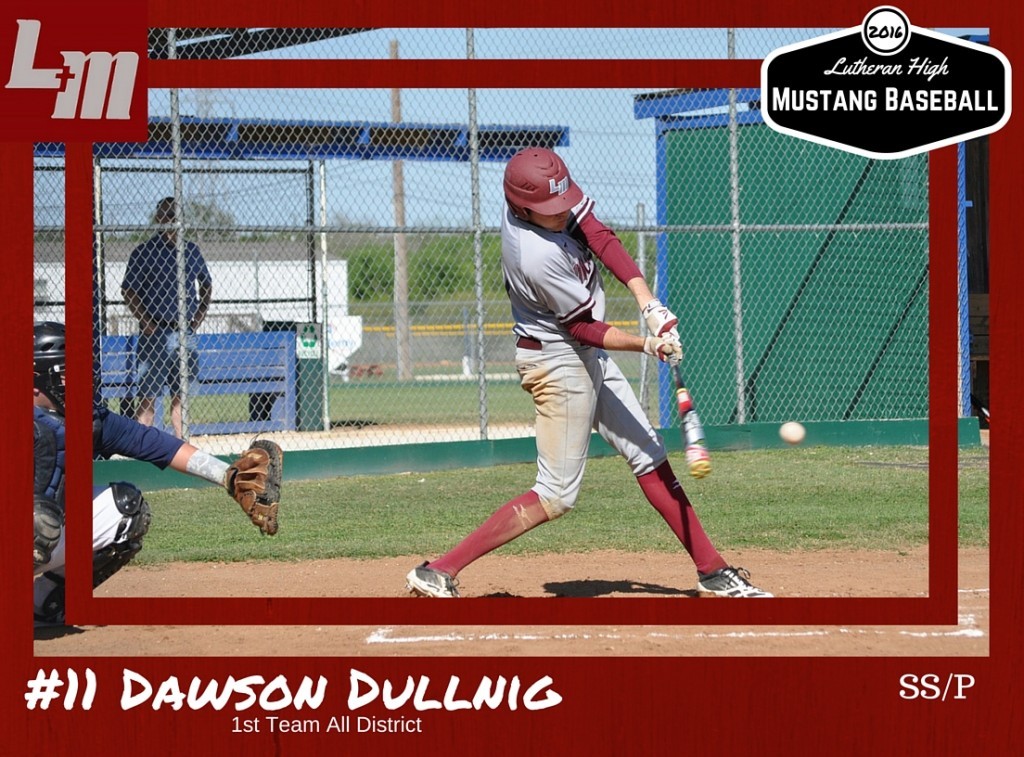 The sophomore lead off hitter led the Mustangs in many offensive categories. He led the team in batting average (.519), on base percentage (.653), slugging percentage (.692) runs scored (33), hits (27), stolen bases (27). and walks (16). He tied for the team lead in triples (3) and hit by pitches (4). He also struck out 25 batters in 16 innings of work on the mound. As a shortstop, Dullnig only committed one error in district play while turning four double plays. This is Dullnig’s first selection to the All District Team. 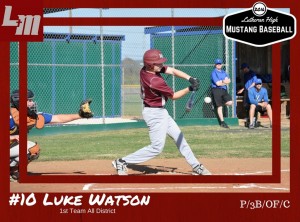 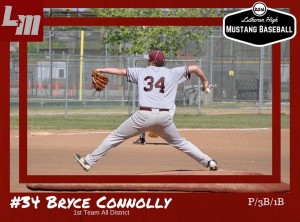 Connolly, a junior, had an impressive season on the mound and at the plate. Connolly threw a team high 29 1/3 innings, going 4-3 on the season with a 3.82 ERA. He struck out a team high 54 batters while just walking 18. He threw a no hitter in district play against Faith Academy. Offensively, Connolly finished with a .400 batting average, .500 on base percentage, and .578 slugging percentage. He had a team high 4 doubles and 19 RBIs, while scoring 19 runs. Connolly was a 1st Team All District Selection last year. 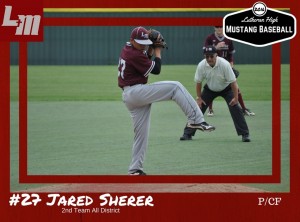 A freshman, Sherer, took the ball in many big games down the stretch for the Mustangs and delivered. Sherer finished with 25 2/3 innings of work on the mound going 1-3. He was 2-2 in save opportunities. He finished with a 4.36 ERA and struck out 31 while only allowing 9 walks. His complete game gem against Shiner St. Paul, where he gave up just one run, marked the first time in school history that the Mustangs defeated St. Paul. Sherer, also played a great center field for the Mustangs and finished with a .345 on base percentage. He scored 12 runs. This is Sherer’s first selection on the All District Team. 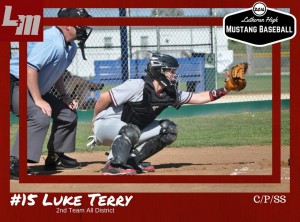 Another freshman, Terry, was the team’s primary catcher. Terry’s bat came alive in the second half of the season after he returned from injury. He batted .368 in district play to go along with a .462 on base percentage. Terry handled a pitching staff that struck out almost 8 batters a game, while just committing two errors on the season. This is Terry’s first selection on the All District Team. 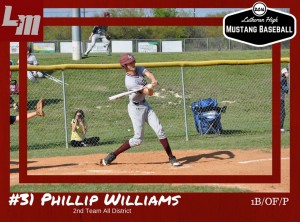 Williams, a junior, provided a steady force defensively for the Mustangs. He saw time at catcher, first base, short stop, and outfield during the season and only committed 1 error. His 3 triples tied for the team. He also scored 14 runs while driving in 7 runs. On the mound, Williams threw 15 innings where he was 0-1 with 1 save. He struck out 16 batters. Williams was named to the 2nd Team in 2015 and 2014. 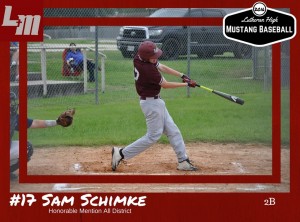 Schimke, a sophomore, helped solidify a defense up the middle for the Mustangs. He posted a .952 fielding percentage in district play, while also turning four double plays. Offensively, he drove had 8 RBIs while scoring 8 runs on the season. He posted a .319 on base percentage. This is Schimke’s first selection on the All District Team. 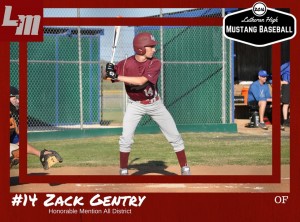 Another sophomore, Zack Gentry, earned a reputation as one of the top defensive outfielders in the district. His ability to track down fly balls took away numerous hits while frustrating opponents. He had one outfield assist and only had one error the entire year. Gentry scored 9 runs on the season.

Lutheran High (9-13, 5-5) finished 4th in the six team district and qualified for the playoffs for the first time in 5 years. They fell to Rosehill Christian 5-3 in the opening round game. The Mustangs played 13 games against teams that qualified for the playoffs. Lutheran High is already looking forward to next season as they will begin play in their new on campus baseball field!