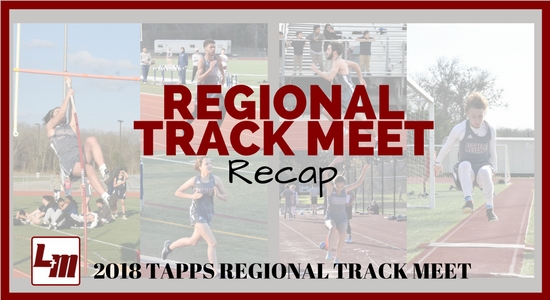 Six Mustangs earned a trip to Waco for the TAPPS 3A State Track Meet on May 4th.

Senior Abe Vandermeulen tied a school record and won the high jump competition by clearing 6’1″. He also placed 6th in the long jump.

The 4×100 relay team came in second play with a time of 46.63. Andrew Oliver, Zack Gentry, Reese Smith, and Keith Dukes were part of the team.

Reese Smith took second in the 110 hurdles and 4th in the triple jump in addition to qualifying in the relay. Unfortunately, Smith sustained a broken wrist in the hurdles and won’t be able to compete in the State Meet.

Zack Gentry placed 5th in the 110 hurdles and also in the 300 hurdles.

Devin Huff placed 6th in discuss and 6th in the shot put.

The Mustangs finished 6th in the team standings just 11 points out of a top four finish.