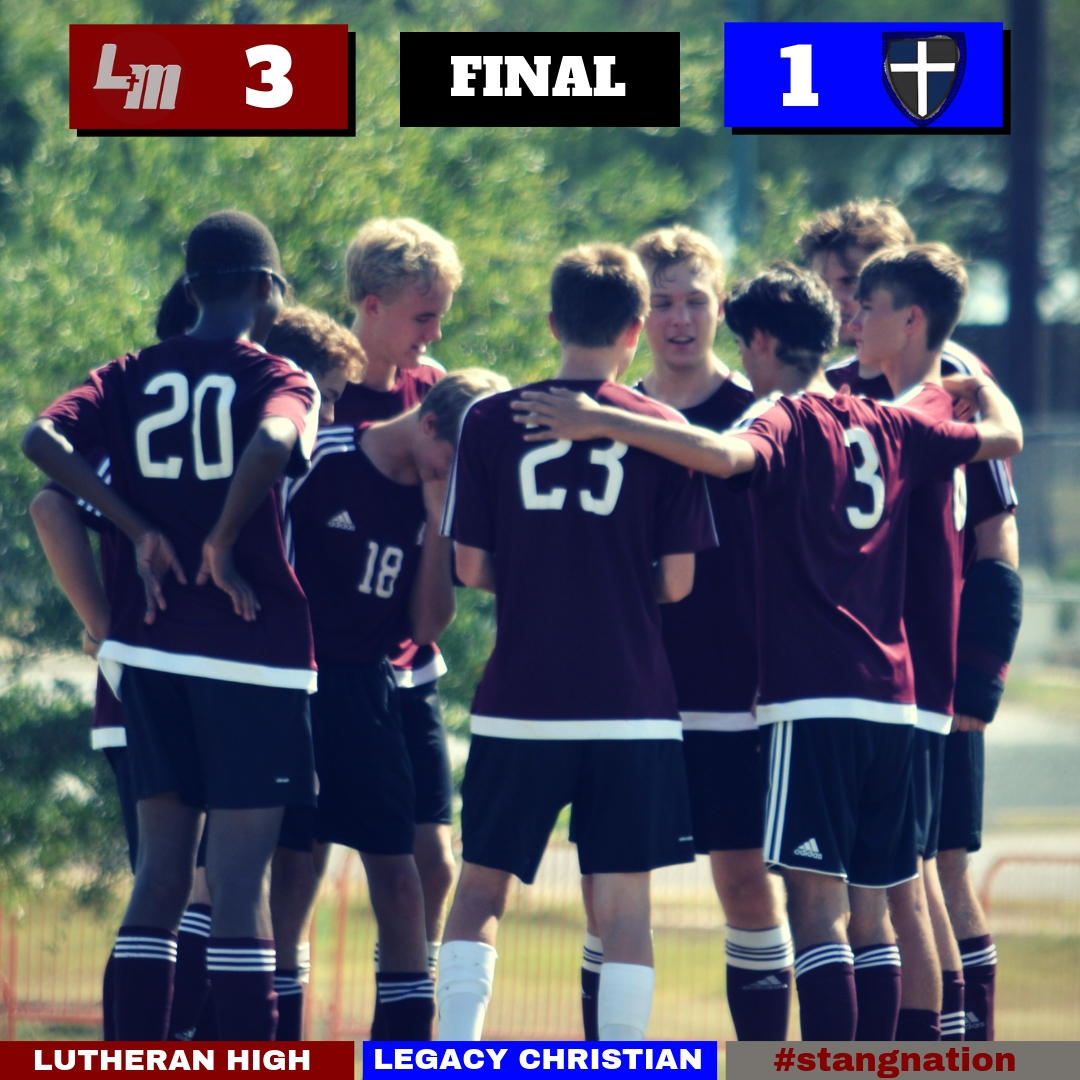 The Lutheran High Mustangs overcame two opponents on Friday in securing a big district win-Legacy Christian and Mother Nature. The resiliency of the Mustangs were put to the test but the Mustangs played with the determination of a team that knew it needed to win to keep their playoff chances alive.

Both teams played a scoreless first half with wind speeds in the 25 mph range even though the Mustangs controlled most of the match and had numerous scoring opportunities, they just couldn’t break through against a tough Legacy Christian keeper.

After the intermission, the rains came and so did the goals. Playing in anything from a sprinkle to a downpour, the Mustangs broke the scoreless game with a goal by senior Christian Chapin.

With both teams chasing a playoff spot and splitting the season series, the late goal by Maller gave the Mustangs the goal differential tiebreaker if both teams should be tied at the end of the season.

With the win, Lutheran (3-3) moves into third place in the district, while Legacy Christian (2-3) falls to fourth. Lutheran will host Keystone (1-2) on Tuesday. The Mustangs defeated the Cobras 4-2 earlier in the season.