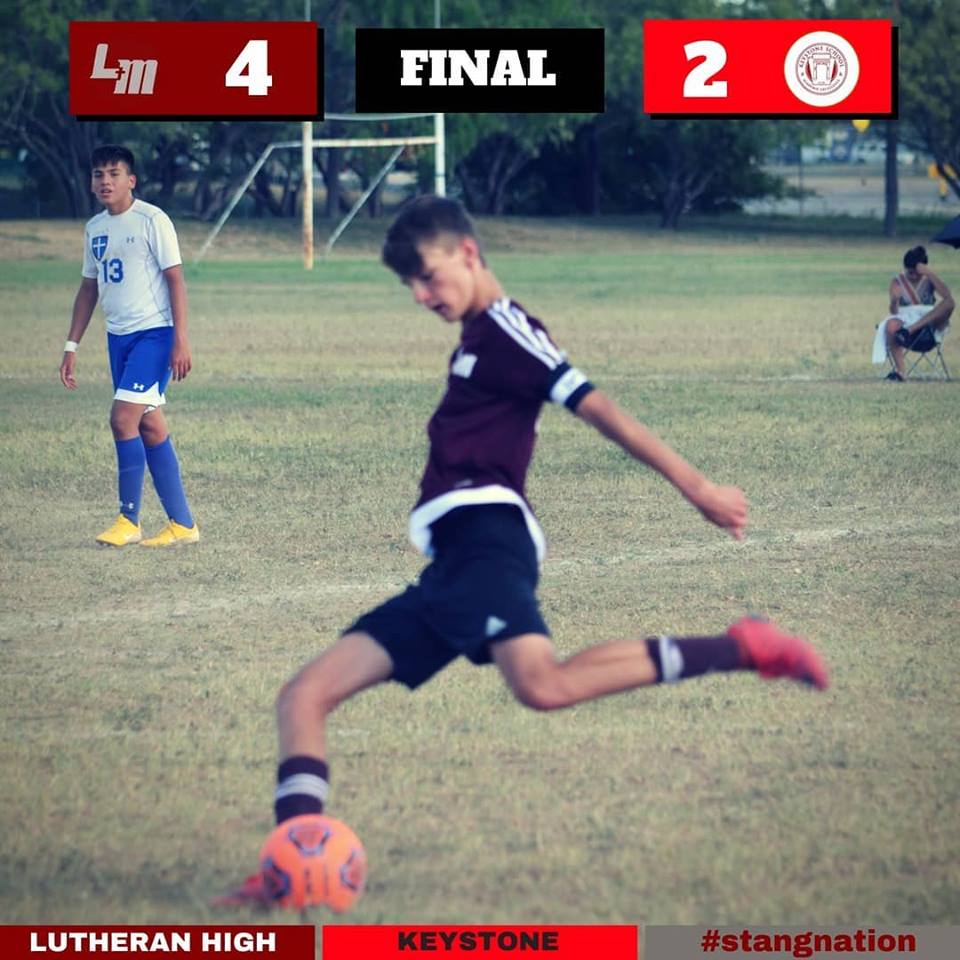 Since Lutheran High started playing soccer again in the fall of 2015, there is one team that has had the Mustang’s number. Keystone. Managing only a tie in 8 meetings with the Cobras, the Mustangs seem to have been snake-bitten. 2018 is a different story. The Mustangs got the monkey off their back and were able to defeat Keystone 4-2 in a pivotal early season district match up.

Senior Ethan Maller scored in the 8th minute off of an assist from fellow senior Cole Thompson. Senior Ajay Joshi found the back of the net at the 31st minute from an assist by Maller to make it 2-0. Minutes later Keystone would score and the 2-1 score would stay until halftime.

In the second half, freshman Colin Levine extended the lead to 3-1 with his goal off of another assist my Maller. Keystone would score later in the half but Maller’s second goal and fourth point of the match gave the Mustangs all the breathing room they need to outlast Keystone and finally knock off the Cobras in 4 years.