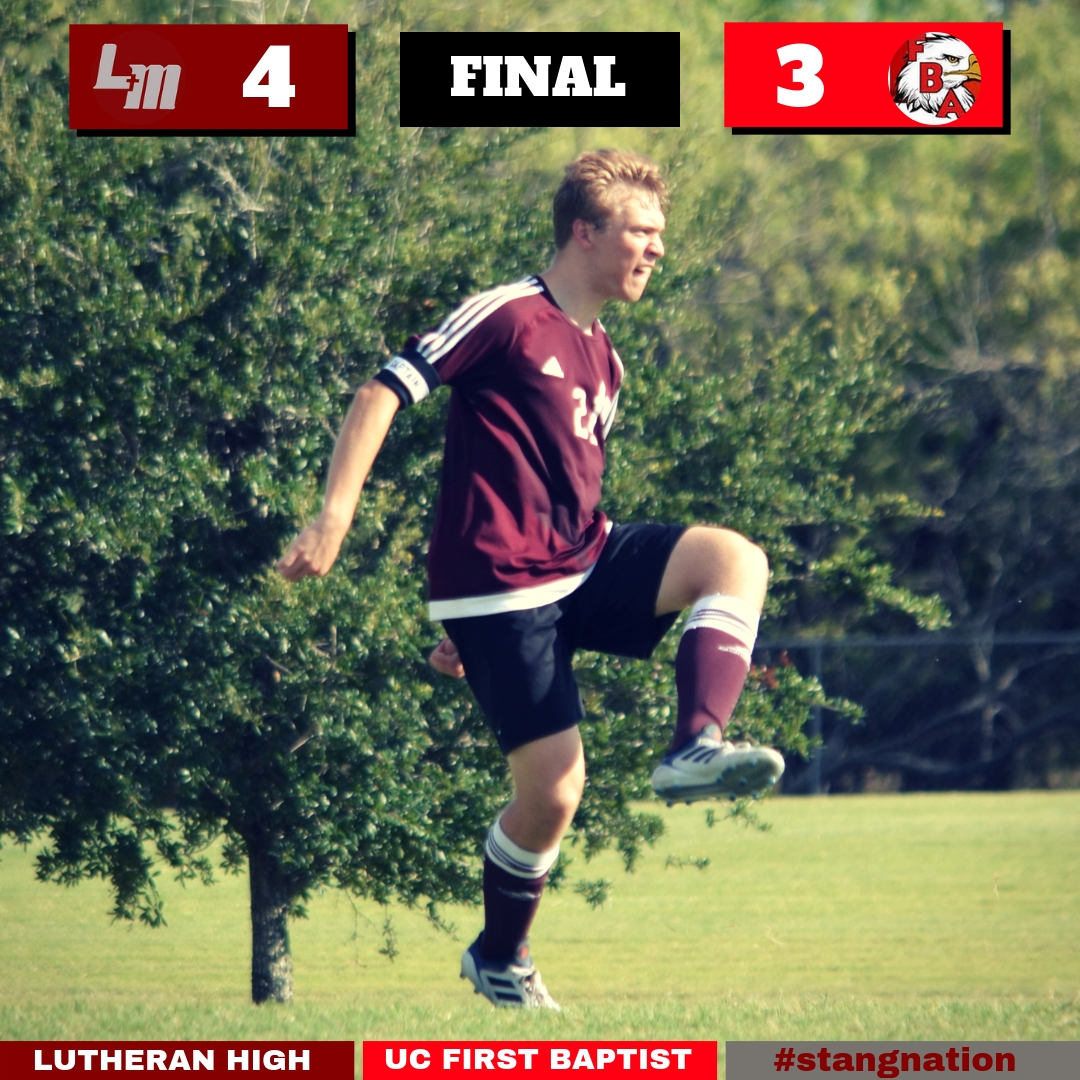 It was a tale of two halves for the Lutheran High Soccer team as they hosted the Universal City First Baptist Eagles in a district contest. Each team did all their scoring in one half but it was the Mustangs who had the better half and ended up pulling out the win.